Catriona Gray is a Filipina-Australian television host, model, singer, stage actress and beauty pageant titleholder who was crowned Miss Universe 2018 in Bangkok, Thailand. Catriona is the fourth Filipina to win the pageant.

Contestants from ninety-four countries participated in this year’s pageant, surpassing the previous record of 92 contestants in 2017.

She is part of Mixed ethnicity as her mother is from Oas, Albay, and her father is from Fraserburgh.

Cause I’ve always got a song in my head. 🎶💙 Styled by @perrytabora in @martinmbautista 🇵🇭 Captured by @marchenrichgo #MilanFW2020 #BeloFW2020 Thanks to everyone who been messaging about my whereabouts and safety in Milan due to the virus, I’ve been home in Manila since a few days ago but am praying for everyone, for healing and for comfort in these nervewracking times. 🙏 Let’s all stay vigilant and safe.

Her foray into the world of pageantry began in 1999 when Catriona won Little Miss Philippines in Sydney at the age of five.

Gray at the NFL Honours in Atlanta, GA, February 2019.

On 2 October 2016, Catriona Gray was crowned Miss World Philippines 2016 where she won the following special awards:

After winning the national competition, Catriona Gray competed at Miss World 2016 held in MGM National Harbor in Oxon Hill, Maryland, the United States, where Catriona was placed in the Top 5. Gray won the following awards: 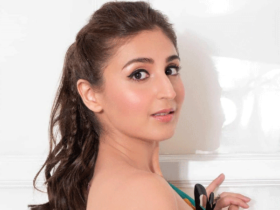 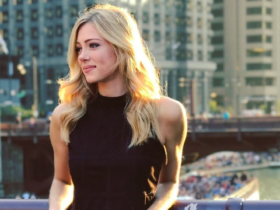