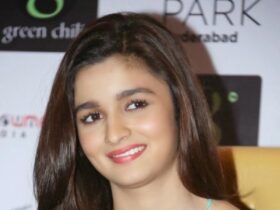 Ritika (Rohit Sharma Wife) is a Sports Manager by profession; she is the Daughter of Tina Sajdeh and Bobby Sajdeh. She is having one brother Kunal Sajdeh. Ritika is married to her boyfriend named Rohit Sharma a famous cricketer in all over the world. She is beautiful and the most popular top Sports Manager in India. Ritika is a dog lover, and she is a lovely and friendly person in nature. She will present whenever Rohit Sharma Plays.

While Ritika Sajdeh (Rohit Sharma Wife) had dealings with many celebrities from the sports field due to her job, Ritika gained celebrity status after she began dating the Rohit. She was introduced by her rakhi-brother cricketer Yuvraj Singh during a Reebok shoot in 2008, which Ritika (Rohit Sharma Wife) was managing. In an interview on YouTube’s, ‘Breakfast with Champions’ on December 22, 2017, Rohit Sharma revealed to host Gaurav how that meeting was a disaster. After reaching them on the spot, he went on to senior player Yuvraj Singh, who was already there with Irfan Pathan and was accompanied by Ritika Sharma.

As soon as they shook hands, Yuvraj Singh introduced him to her & said not to even look at her as Ritika is his sister. Rohit Sharma worried and angry throughout the shoot. However, after the shoot, the director that he needs to re-record the shoot as the mic was off. When Rohit came down for a walk, he was joined by Ritika who told to let her know if he needs any assistance. Then they became friends afterward, and she started managing him, from manager to friend, she (Rohit Sharma Wife) soon became a best friend, and the to began dating shortly after.

After six years relationship, on 28, April 2015, Rohit Sharma reportedly drove Ritika to Borivali sports club ground, where he 1st started playing cricket competitively at the age of 11 and proposed to her with a ring. They got engaged on 3, June 2015, and got married on December 13, 2015, at Mumbai’s Taj Lands Hotel in Bandra (West).

The ceremony attended by a host of famous people from Bollywood, sports, politics, and business. The Ambanis organized a Wedding party for Rohit & his teammate Harbhajan Singh, who had too wedded recently, at their residence Antilla in Mumbai.

While playing as captain in the absence of Virat Kohli, Rohit Sharma scored the 3rd double century, a score of 208 not out, against Sri Lanka in 2nd ODI at Mohali on December 13, 2017. It was the perfect second-anniversary gift for her who was cheering for him from the VIP stand and could be seen wiping her tears of joy afterward.

After the Man-of-the-match for scoring 115 runs off 126 balls in the 5th ODI against South Africa on13, February 2018, Rohit Sharma dedicated the award to his wife as a Valentine Day gift. Ritika and Rohit Sharma were blessed with a baby girl on 30 December 2018. 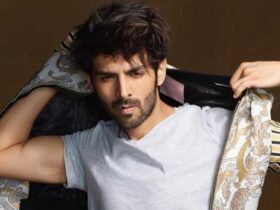 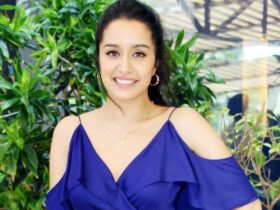